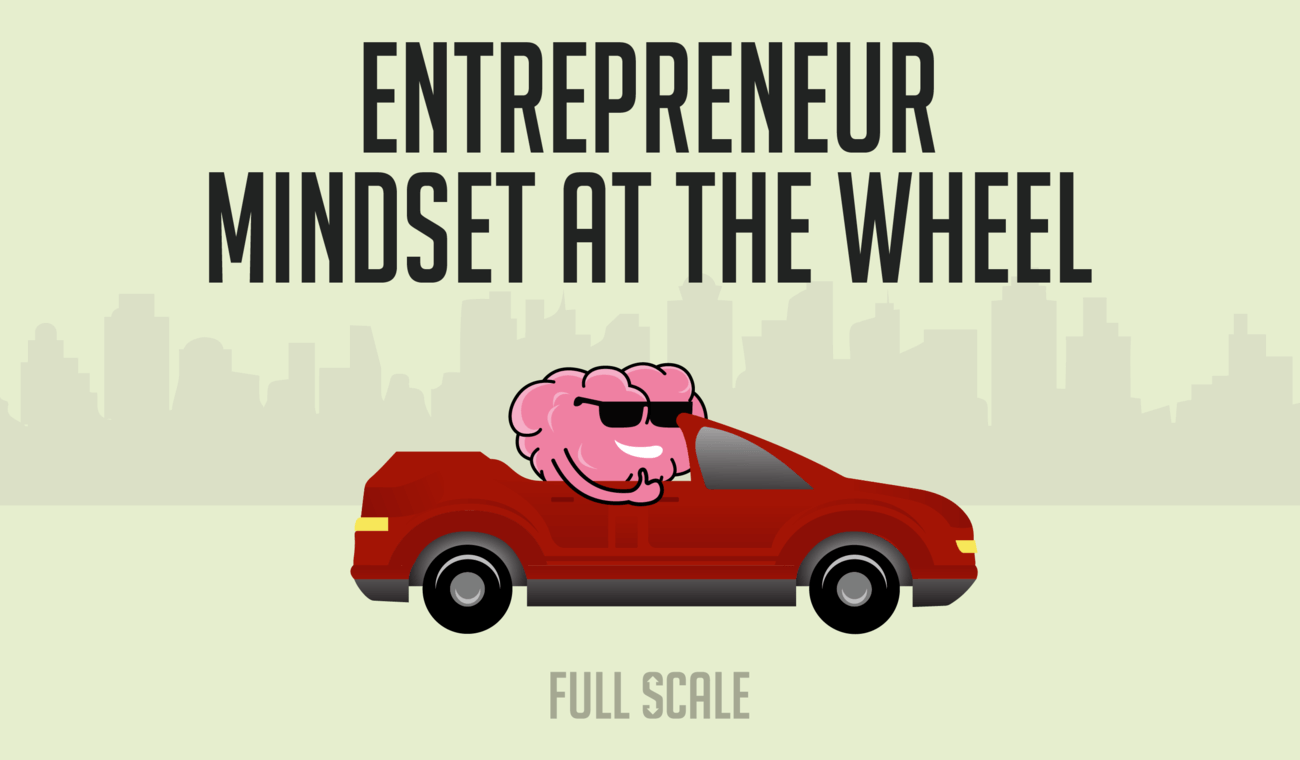 People often associate an entrepreneurial mindset with startups, understandably enough. Entrepreneurs, after all, start businesses. However, this mindset is not exclusive to entrepreneurs. Let’s find out why!

The definition of mindset is quite broad: it is the general attitude and way of thinking. By that definition, there could be as many mindsets as there are people! However, people do tend to share certain qualities that put them in groups and distinguish them from others.

For instance, people who succeed in startups and enterprises are very different in the way they think and act. The main reason is that startups have fewer stakeholders to consider. They tend to make decisions and move fast as a result.

Enterprises, on the other hand, are accountable to a large number of stakeholders. They have to follow established processes to keep the business running smoothly.

Neither one nor the other is better in terms of accomplishments. Both types of people succeed in what they do but in different ways. However, it does require an entrepreneurial mindset when it comes to innovation.

What is an entrepreneurial mindset?

An entrepreneurial mindset requires a set of qualities often associated with startup entrepreneurs. These qualities include passion, creativity, confidence, resilience, and humility. Startups tend to think big, take risks, and accept failure as part of the learning process.

The basic idea behind this type of thinking is a process called the build-measure-learn (BML) feedback look. It is the basic framework of the Lean Startup Method developed by Eric Ries. In simple terms, it describes how a business can innovate by building a product or service, measuring its success, and learning from failures.

It is a feedback loop because it is a continuous process. Business owners are not waiting to develop the perfect product or service to launch. Instead, they are constantly adjusting it based on feedback from consumers.

Build it, and they will buy

In this particular case, it is crucial. The BML loop calls for building a minimum viable product or MVP. The goal is not to make the ideal product or service but to put out something good enough that some people will buy. Some will be happy with it, while others, not so much. That is all good. The value of MVP is to develop the minimum viable features and get feedback from users to improve them. You can think of this part as a “work in progress.”

The next step is to find out how the product or service performed in the market. Did people love it? Hate it? Ignore it? You can extract this from sales as well as through customer feedback systems, survey forms, and even social media. The data will lead you to the next step of the process.

The whole idea of a business is to serve customers. If your customers are not buying into your vision, it is time to move on. Chalk it up as a failure and start with a new idea. However, if the data says you have something people like, you need to lean into it more. Use the data to address issues, fix bugs, and make a better product or service.

An excellent example of the successful use of BLM is Spotify. When the streaming service first launched, the app was straightforward. All it did was stream music legally with ads. Some people loved it as is, while others disliked the ads. Eventually, it offered an option for users to subscribe for a fixed monthly rate with no ads. Spotify now has 60 million paid subscribers

How does an entrepreneurial mindset drive innovation?

Most people associate innovation with entrepreneurship because a startup typically has fewer resources. When faced with limited money, it forces out-of-the-box thinking. Nothing drives invention harder than necessity.

Amazon embodies this type of thinking. When Jeff Bezos started the company in 1995, his idea was not to sell books. His idea was to make it easier for customers anywhere to find and get products using technology. He realized the potential of the Internet as a marketplace long before anyone else. As a result, Bezos perfected a system now known as online commerce.

What established companies have an entrepreneurial mindset?

In most cases, enterprises relegate innovation to the research and development team. The enterprise can continue to support legacy systems in that setup while providing a pathway to new ideas.

As you can probably imagine, that would encourage innovation but not drive it. You can think of it as a by-product of everyday business. However, for a company to innovate in significant ways, the entrepreneurial mindset needs full rein.

A great example of an enterprise with an entrepreneurial mindset is Apple. Steve Jobs was the driving force behind the company even back in 1977. The company went through many highs and lows, especially after Jobs left.

However, the Macintosh ecosystem really put the company on the map. Back at the helm, Jobs believed design rather than features would give Apple products its edge, and he was right. People loved the sleek simplicity of the products. Soon they were lining up to be the first to own the next iteration.

The 3M Company also puts a premium on innovation. The company drives it by implementing the 30% rule. The mandate requires that 30% of revenues come from products developed in the previous four years. In other words, continue doing new things or else.

A case study of what happens to an enterprise without an entrepreneurial mindset is Eastman Kodak. Back in 1975, engineer Steven Sasson invented the first digital camera while working for Kodak.

When he presented it to his bosses, they were less than enthusiastic. Sasson continued to improve the technology, but they remained uninterested. Kodak already had a monopoly on the photography market; why rock the boat? Today, Kodak is negotiating for a loan to get into the pharmaceutical supply industry.

An entrepreneurial mindset drives innovation because it can do no less. It dares to challenge the status quo to make businesses better, faster, and more profitable. Many enterprises are beginning to understand the benefits of this type of thinking and internalizing it. Taking the examples above as templates for success, it pays to have an entrepreneurial mindset.

An entrepreneurial mindset can work better with the right support. Full Scale can provide you with software engineers, full stack developers, and any other IT expertise you need. We can also put you in touch with professionals to do testing and quality assurance, project management, graphic design, content writing, and SEO.

Like
Entrepreneurship Lesson: How to Overcome Adversities
Business Marketing Cost: How Much Should You Spend? 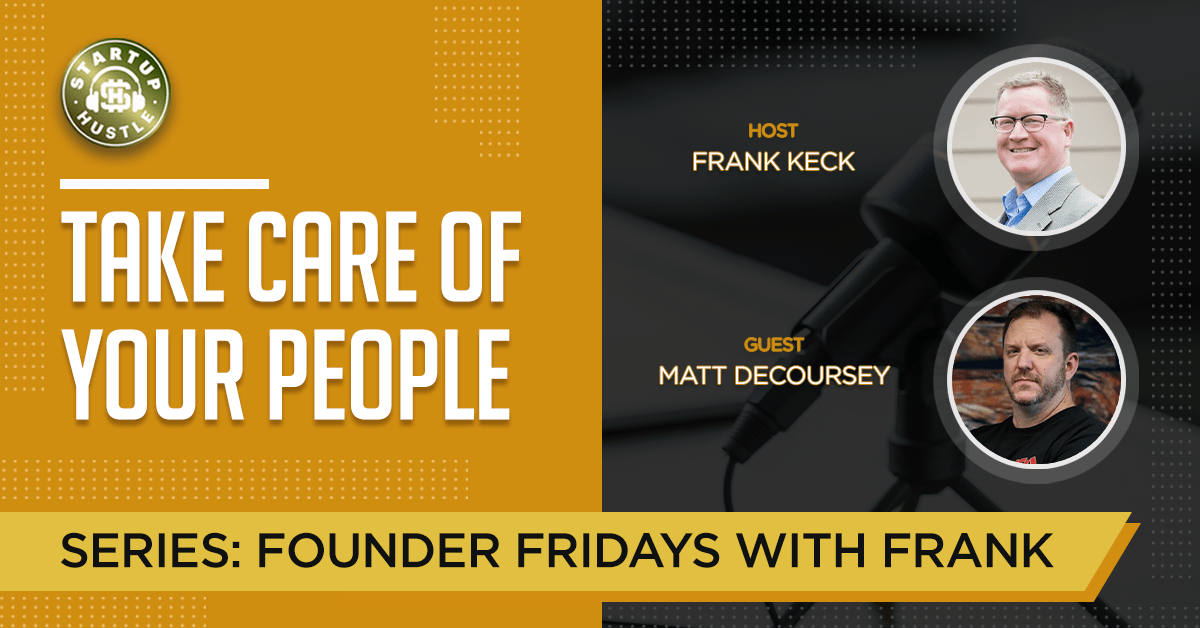 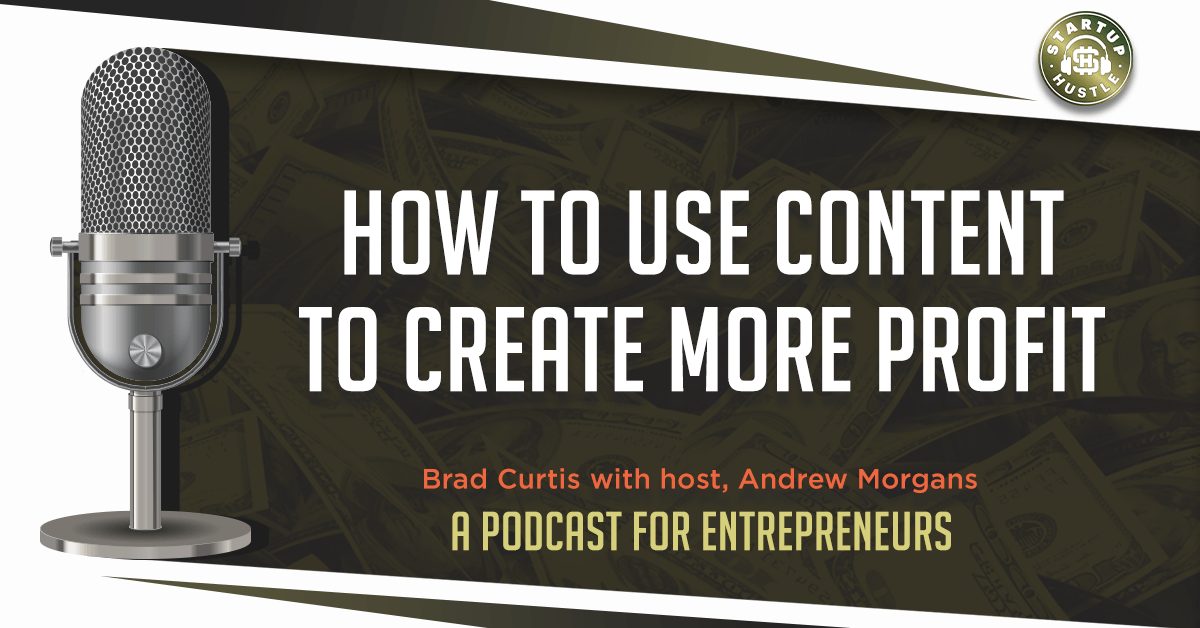